November / December 2009Almost five years in the making, Keith's truly defintive Marilyn Monroe project, Her Final Months; As It Was, As It Happened edges ever-nearer to completion. An August 2010 release by JR Books still looks the most likely. Fancy reading about Malcolm McLaren's lost 1985 television show or an early TV appearance by Radiohead? Then check-out Keith's recent Rockin' The Box articles in Record Collector magazine. (Thanks again to John Nolan and Richard Higgins at ITN Source for their most invaluable help with this series this year.) The two recovered 1967 episodes of Top Of The Pops has been causing a stir amongst collectors, no doubt due to the performance of Pink Floyd which is among them. Keith's article on how the shows were found will appear in Record Collector shortly. Talking about Top Of The Pops, Keith has recently become involved in a rather exciting project about the show. Set to take place in the first quarter of 2010, news about it will be released shortly. Watch this space! Keith wishes every visitor here a very Happy Christmas and a most prosperous and peaceful 2010! August/September 2009Marilyn Monroe: Her Final Months, As It Was, As It Happened - Keith's work on the project nudges ever nearer completition. He would like to thank Clive David for his most wonderful input. A release date is still set for September 2010. The publisher, JR Books. The Beatles Remastered - Keith's quotes about the most wonderful releases were featured in The Sunday Times on September 6. He also featured in local BBC radio interviews about them on Monday, September 7 and Wednesday, September 9. The Beatles: Here There And Everywhere 1963-1970 - Keith was a brief contributor to this excellent, new documentary, which is set for release by Odeon Entertainment on September 28. The Liverpool Beatles Convention, August Bank Holiday - Keith would like to thank the many who emailed him to say how much they enjoyed his video show at the get-together. Thank you again. Record Collector magazine - His exhaustive, ITN Source based series, Rockin' The Box rolls on. An article on Cliff Richard's rarely screen, February 1968 TV special, "Live At City Hall" is due for the next issue (November). 10,000 visitors - keithbadman.com has just received its 10,000th visitor. Thanks to every one of you for visiting and emailing. Here's to the next 5,000! June 2009

Keith's Marilyn Monroe Book, Her Final Months; As It Was, As It Happened, Delayed Until September 2010 Following a most productive meeting with his publisher, Keith has announced that the release of his Monroe book has been put back until September 2010. He had this to say. "With the amount of genuinely new, previously undocumented information I've uncovered, it would be absurd to rush the project. My publisher agreed and the decision to put back the release until later in 2010 was mutually concurred." As Keith's webmistress I have obviously spoken at length to Keith about the book and know only too well that it is worth waiting for! Hollywood's greatest mystery is about to be solved, once and for all 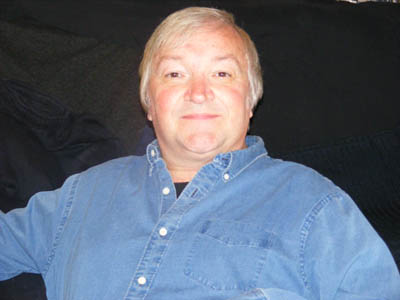 KB, the man himself, captured during a Monroe research break. Thanks to ace photographer, Mike Dalton.

click the image to go to amazon.jp
A Japanese edition of Keith's highly-acclaimed, 2000 book, The Beatles: Off The Record has just appeared in the country. It is released by the Tokyo-based, Shogagukan Inc, company via the Japan Uni Agency.

Keith's Marilyn Monroe project nudges ever nearer to completion. He would like to thank Douglas Kirkland, Miranda Bracket, Phil Weiss, Vince Palamara, Mark Hitchens and Su Kim Chung for their invaluable assistance with the task over the previous few months.

Thanks once again must go to John Nolan and Richard Higgins at ITN Source for their assistance with Keith's regular columns for Record Collector magazine. Up next a rare 1968 television show featuring Scott Walker and a look back at the long-forgotten ITV music series, 45.

Keith has an announcement: "Due to the unprecedented amount of new information I have uncovered, after discussions with my agent and publisher, we have decided to delay publication of my Marilyn Monroe book until February 2010. Believe me, it will be worth the wait. More news soon!"

Thanks must also go to the latest, first-class researchers around the globe who have assisted Keith in his highly exhaustive project. They know exactly who they are. Thank you!

Record Collector / Rockin' The Box updates: Under Keith's scrutiny in the latest issues; Sally James' 1970s series, Saturday Scene and the late 1980s Tony Wilson series, The Other Side Of Midnight. A defintive article on Brian Jones' last television appearance with The Rolling Stones is now in the works.
Keith has just returned from a research tour of America and would like to thank the following for making his visit an absolute joy: Ray & Helen Boyer, Lauren Daley, Peter Ciraolo, Carrie Salafia, Jeff Dalton, John McEwen, Erik Taros, Stephen Plotkin, the guy at the New York Public Library who "loves Rita Hayworth" and the many, many others. Special thanks must also go to the great, Bob Boyer (of Sunset Records) who was a superb host / guide / assistant, you name it, during the visit. Thank you big time! Keith's interview with the superb South Coast Today reporter, Lauren Daley, carried out during his stay, can be read here. Record Collector news: Keith is pleased to report that his official, ITN Source series 'Rockin' The Box' will continue for at least another year (until the end of 2009). Thanks also to my web mistress, AnneiMarie and friend, "Big" Dave Carter for keeping Keith up to date on his beloved Arsenal while he was away. Final thanks - to the American people who voted in Barack Obama to the White House.
Posted by A-M at 15:28